The most beautiful cathedrals and churches in France

Fortunately, you don't need to be a believer to contemplate the beauty of the churches and cathedrals that can be found all over France. Since religion has taken a predominant place in society, after the advent of Christianity, every village has gathered around a church. Most of them were very modest, but others became real architectural feats that took decades to build. There are still many very well preserved cathedrals on the territory, which showcase French know-how in sculpture, painting, glass and woodwork. Let's set off without further delay to discover the most beautiful cathedrals and churches in France. 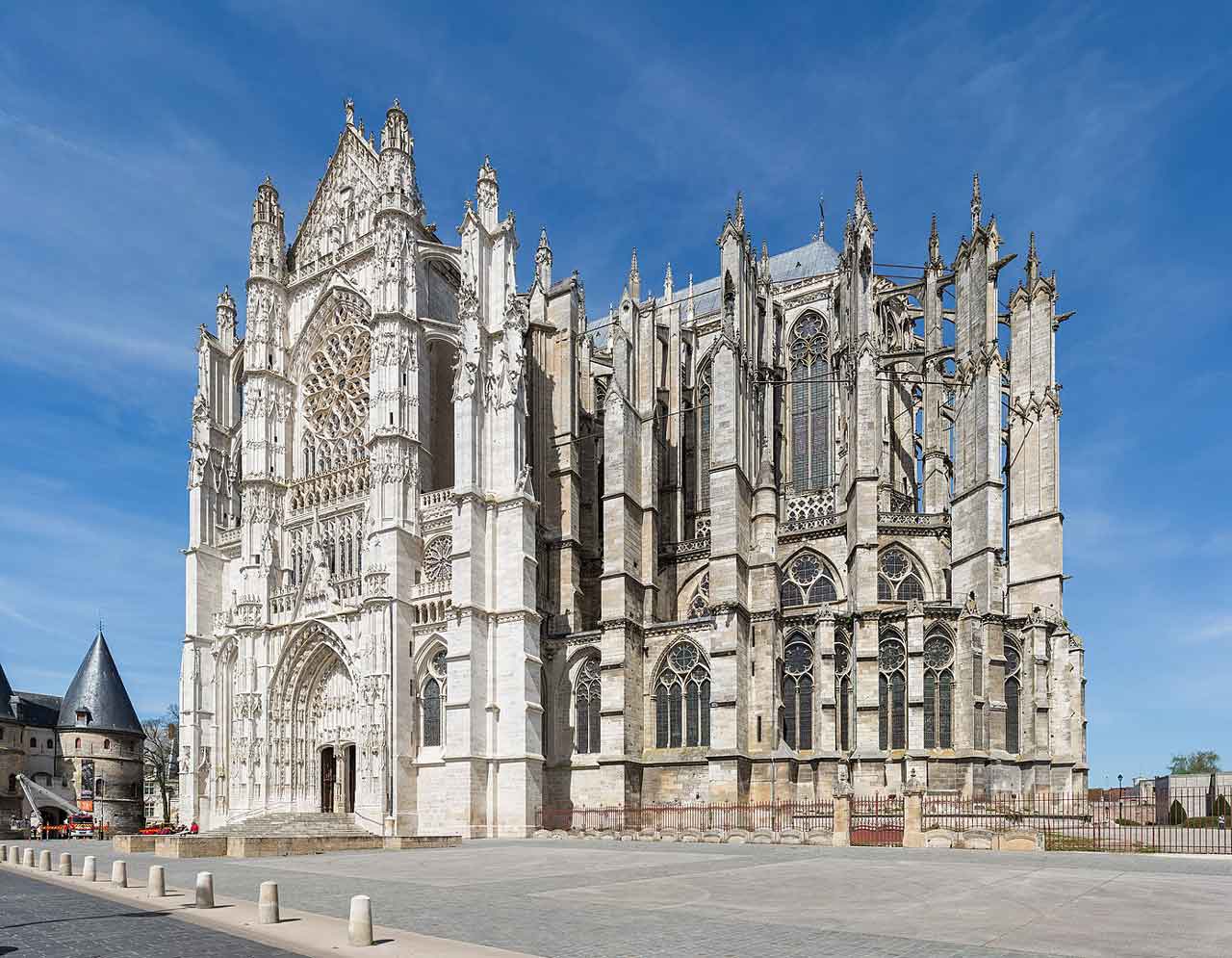 This cathedral strikes first of all by its greatness and whiteness. Indeed, it is built in white chalk, which is a local mineral. This Gothic-style building has been destroyed several times over the centuries, but was completed in the Middle Ages. Inside, of course, there are magnificent stone vaults and colourful stained glass windows, but what makes Saint-Pierre special is its collection of clocks: a very old medieval clock and an astronomical clock, both in working order. 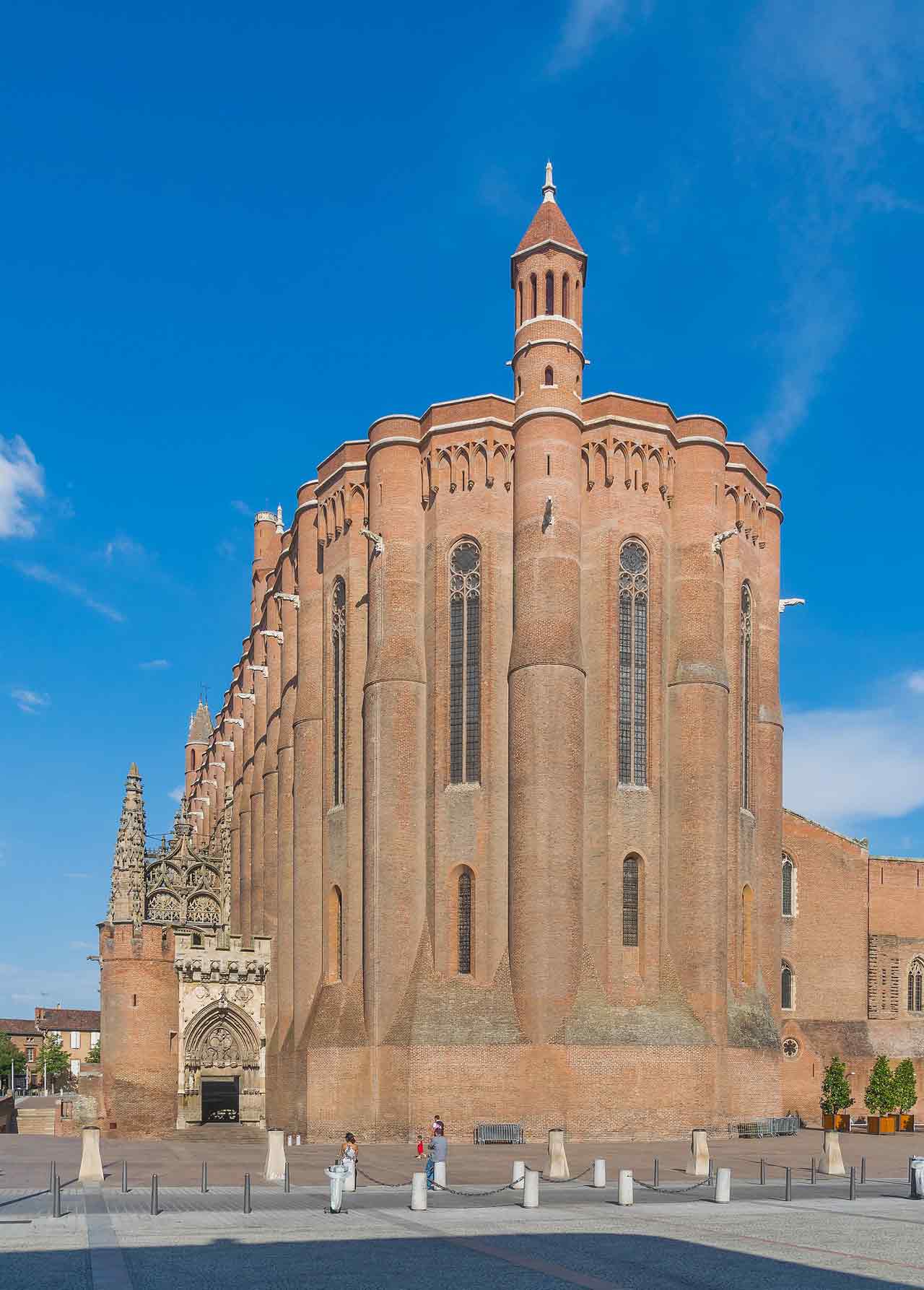 This cathedral is really atypical, as much by its external aspect as by its interior decoration. What is surprising when one sees Sainte-Cécile for the first time, is its rather rough style and its glowing red colour. Once you enter the nave, you are immediately surprised by the colourful paintings that invade each section of the wall, as well as the vaults. These features are not found anywhere else, and this is what makes it one of the most appreciated and recognised cathedrals, even by UNESCO. 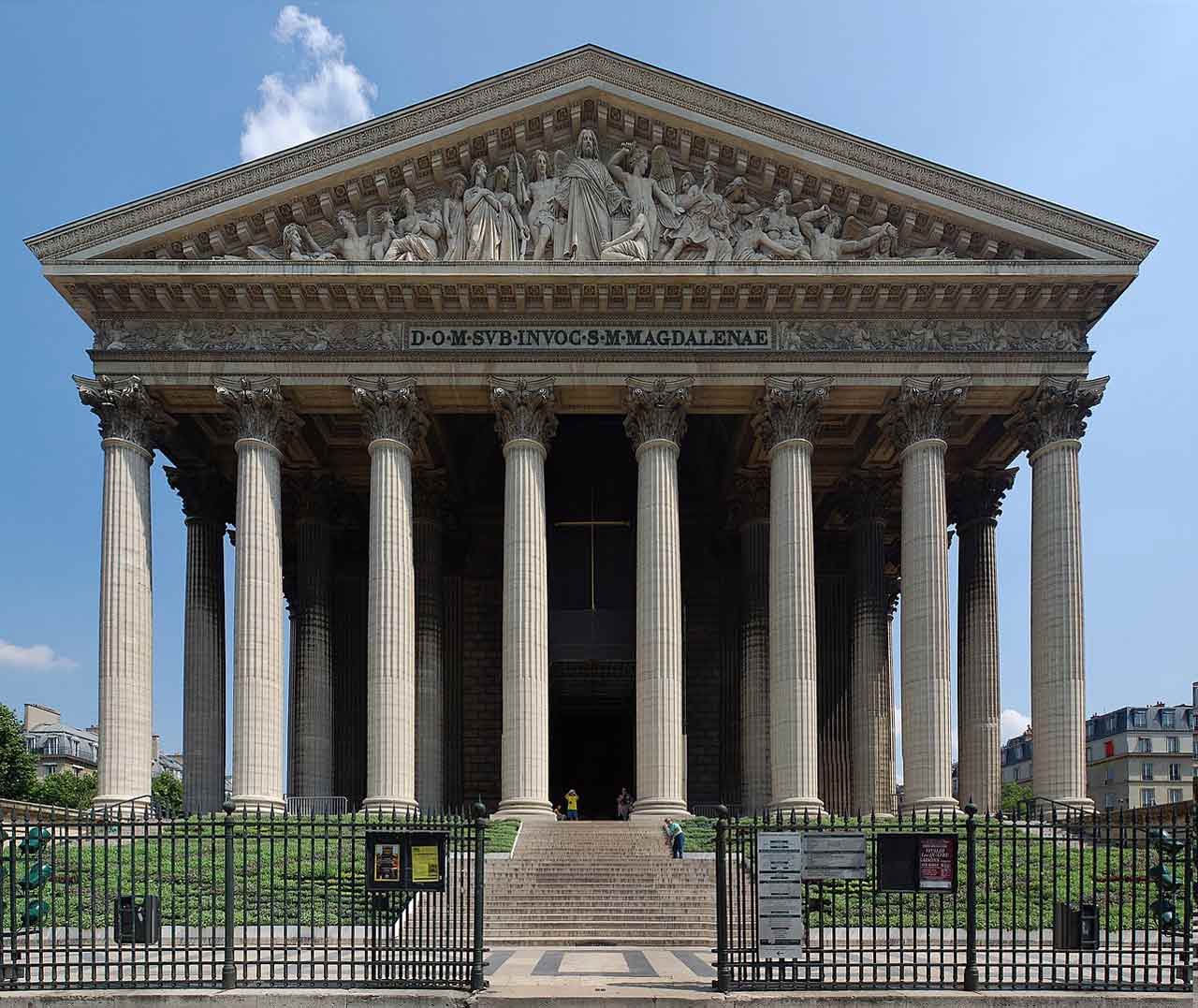 Let's continue with the original religious buildings. At first glance, Madeleine Church looks more like a Roman monument, with its columns and its frontage written in Latin. But its neoclassical architecture is not the only particularity of the building. The interior impresses with its artistic statues and its famous organs. This place has also been used as a setting for the funerals of famous people from the show business world, such as Johnny Hallyday, Henry Salvador, and Dalida. 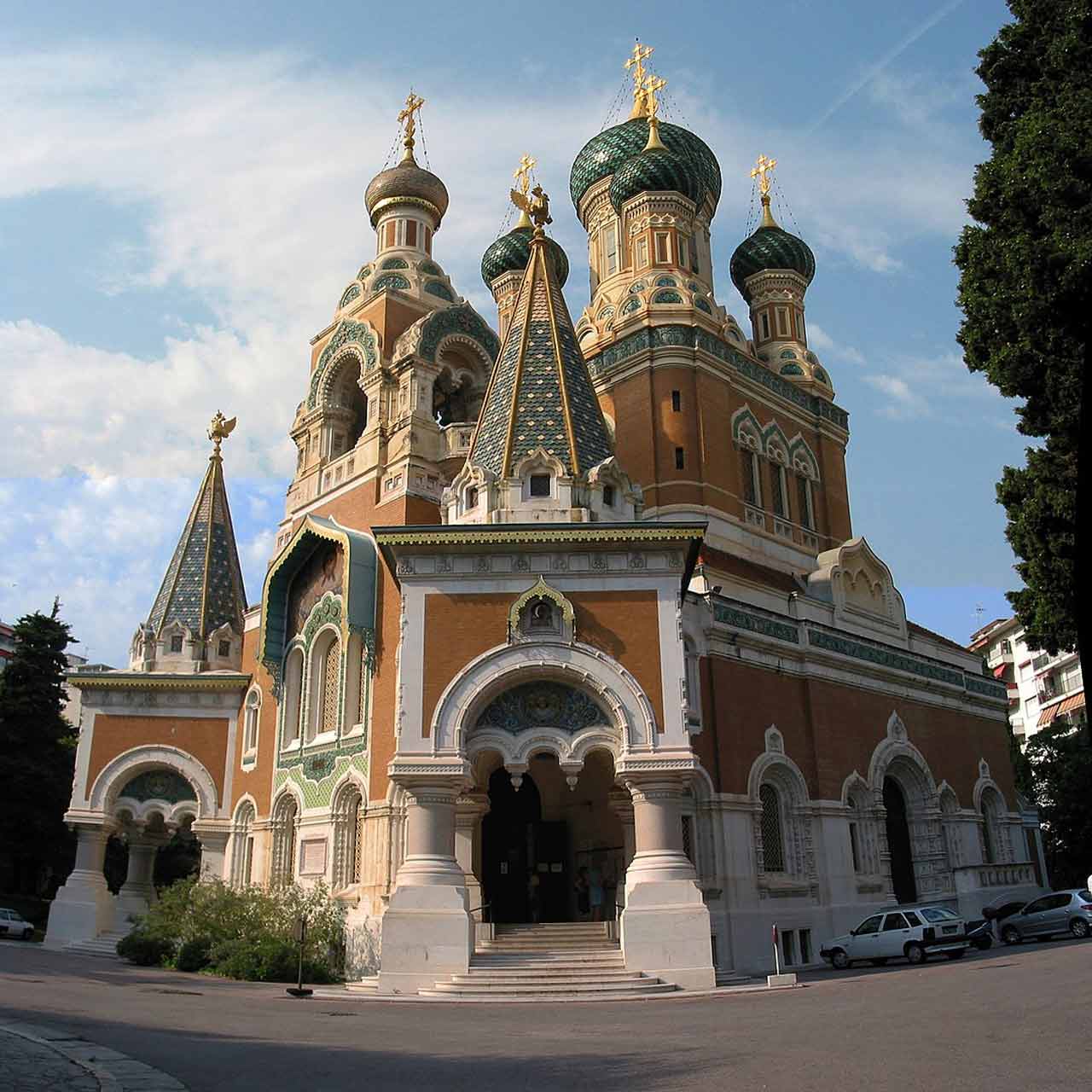 Saint-Nicolas Cathedral, Nice. By Fryderyk - Own work, CC BY 3.0, https://commons.wikimedia.org/wiki/File:Nice_Cath%C3%A9drale_Saint-Nicolas.jpg

Change of scenery, with this Russian Orthodox cathedral that looks like it came straight out of Red Square. With its colourful and round towers, it is easy to guess that this building has its origins thousands of kilometres from Nice. Saint-Nicolas was built quite recently, at the beginning of the 20th century, at the instigation of the imperial family of Russia and members of the community living in this region. 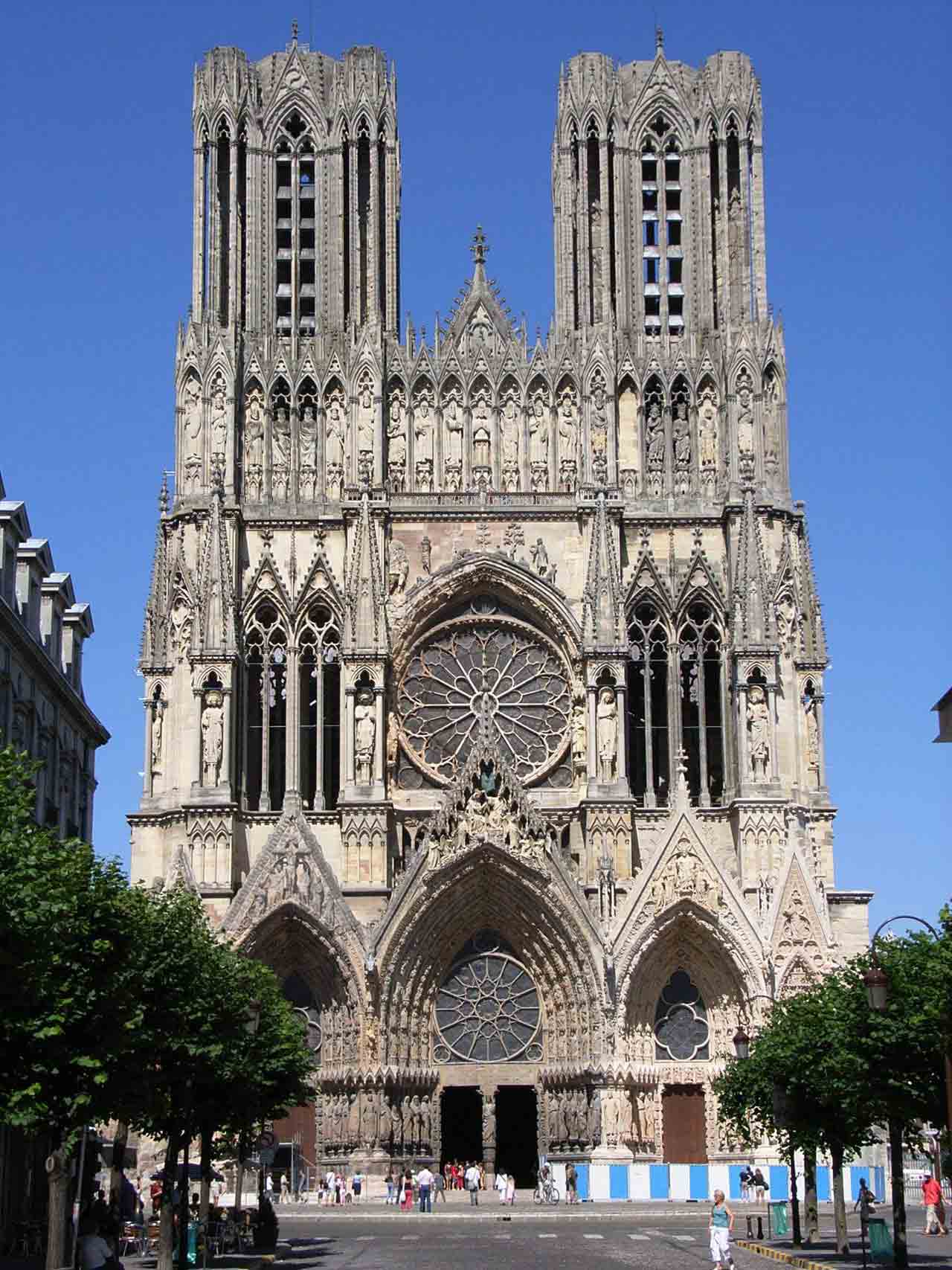 Let's come back to the more classical architecture of a Gothic cathedral in all its glory. It is one of the oldest in the country, and has been proudly throning in the city of Reims for more than 800 years. High place of the History of France, it is here that most of the kings were crowned. With its countless statues, chapels, portals and exceptional stained-glass roses (some made by Chagall), Reims Cathedral has rightly been classified as a UNESCO World Heritage Site. 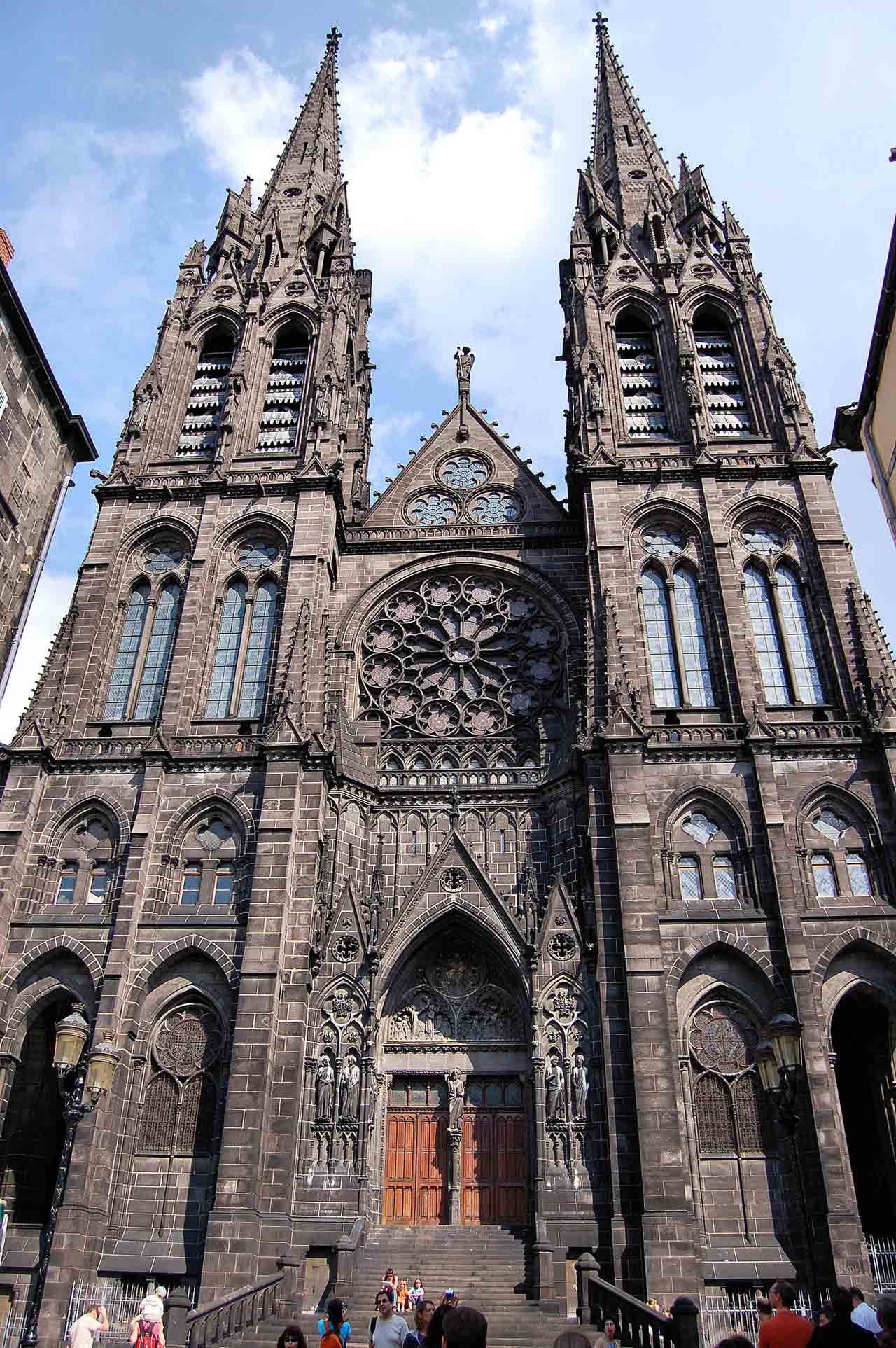 Still with a Gothic architecture of the 13th century, the cathedral of the Auvergne capital is known for its intense black colour. In fact, volcanic stones, found in this region of powerful underground activity, were used for the construction of the building. Some even think that this colour is due to pollution and a lack of cleaning. But this is not the case! The interior frescoes are remarkable, as well as the rose windows, the great organ, and the high spires. 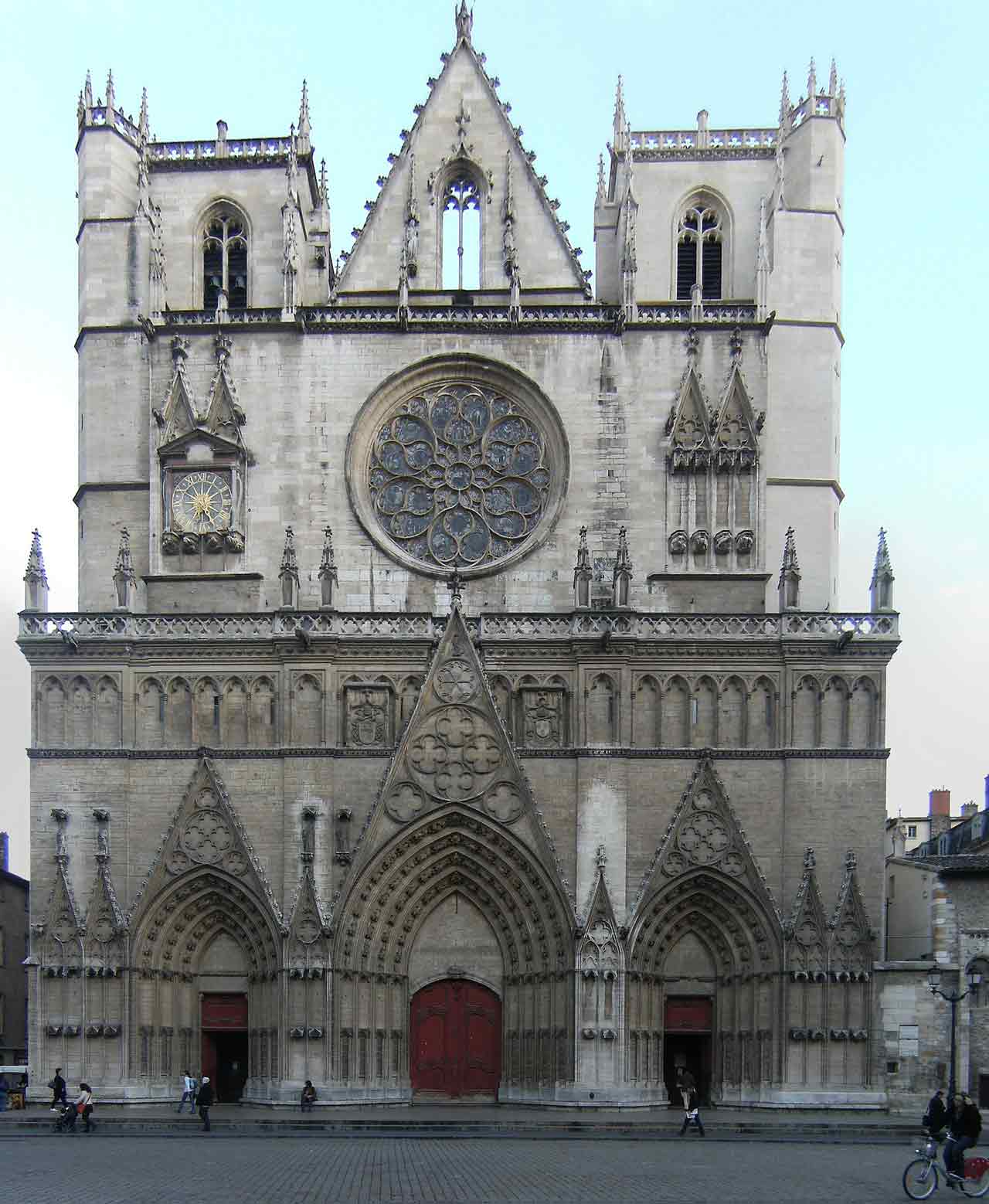 In the heart of Lyon's old quarter, the cathedral is revealed at the bend in the street, facing the Notre-Dame de Fourvière basilica. It is certainly more modest than the buildings mentioned above, but it has other assets. At the crossroads between the Romanesque and Gothic styles, its construction took three centuries. Nowadays, there is an astronomical clock, and it is also one of the key sites of the famous Festival of Lights, during which Saint-Jean dresses in ephemeral colours. 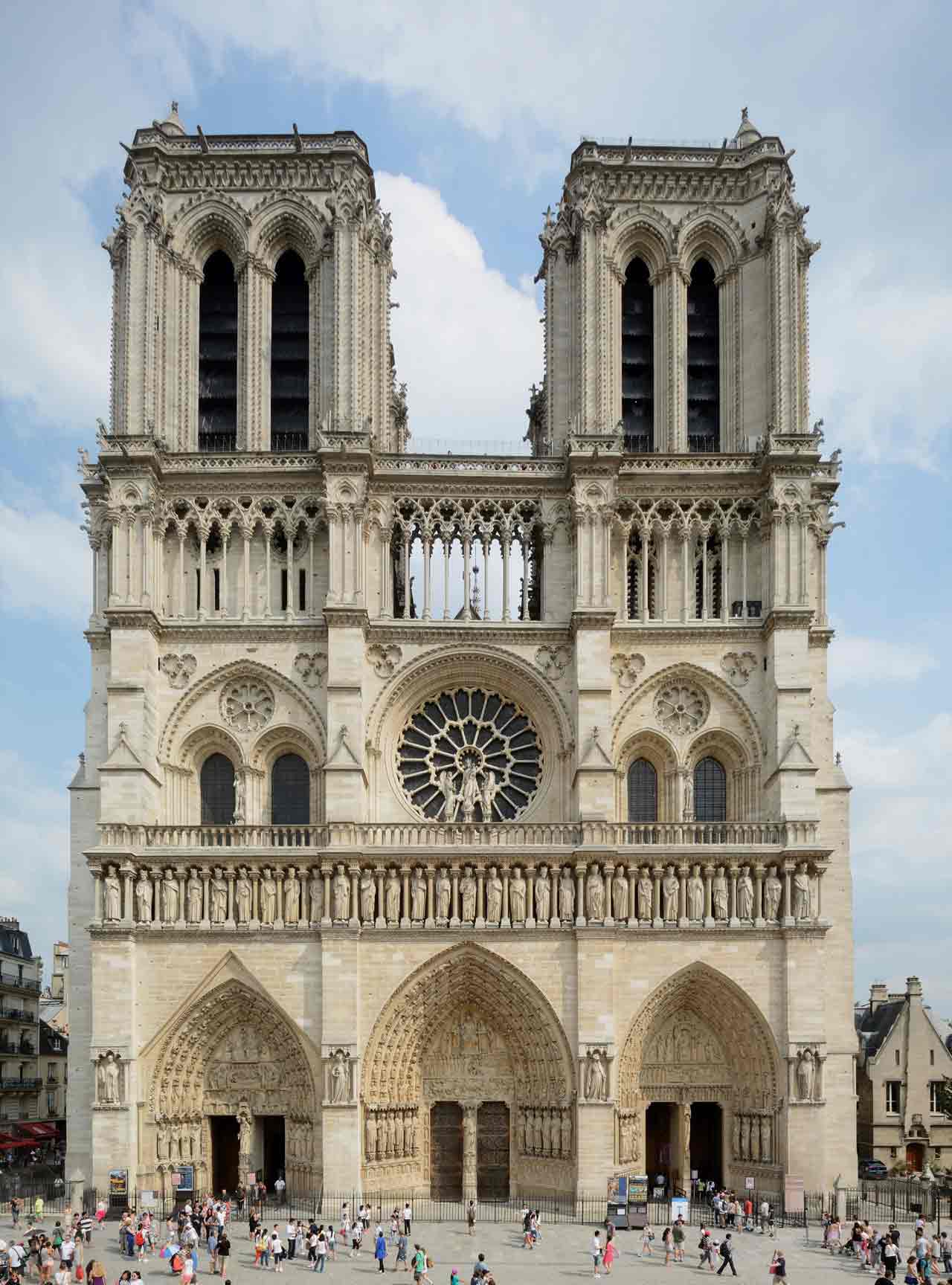 We couldn't finish this ranking without mentioning the emblematic Notre-Dame de Paris, which was recently devoured by flames. Although partially destroyed, and forbidden to visit for several years, this cathedral remains a symbol of France. It is still very much present in the hearts of Parisians, who look forward to seeing it regain its former beauty.